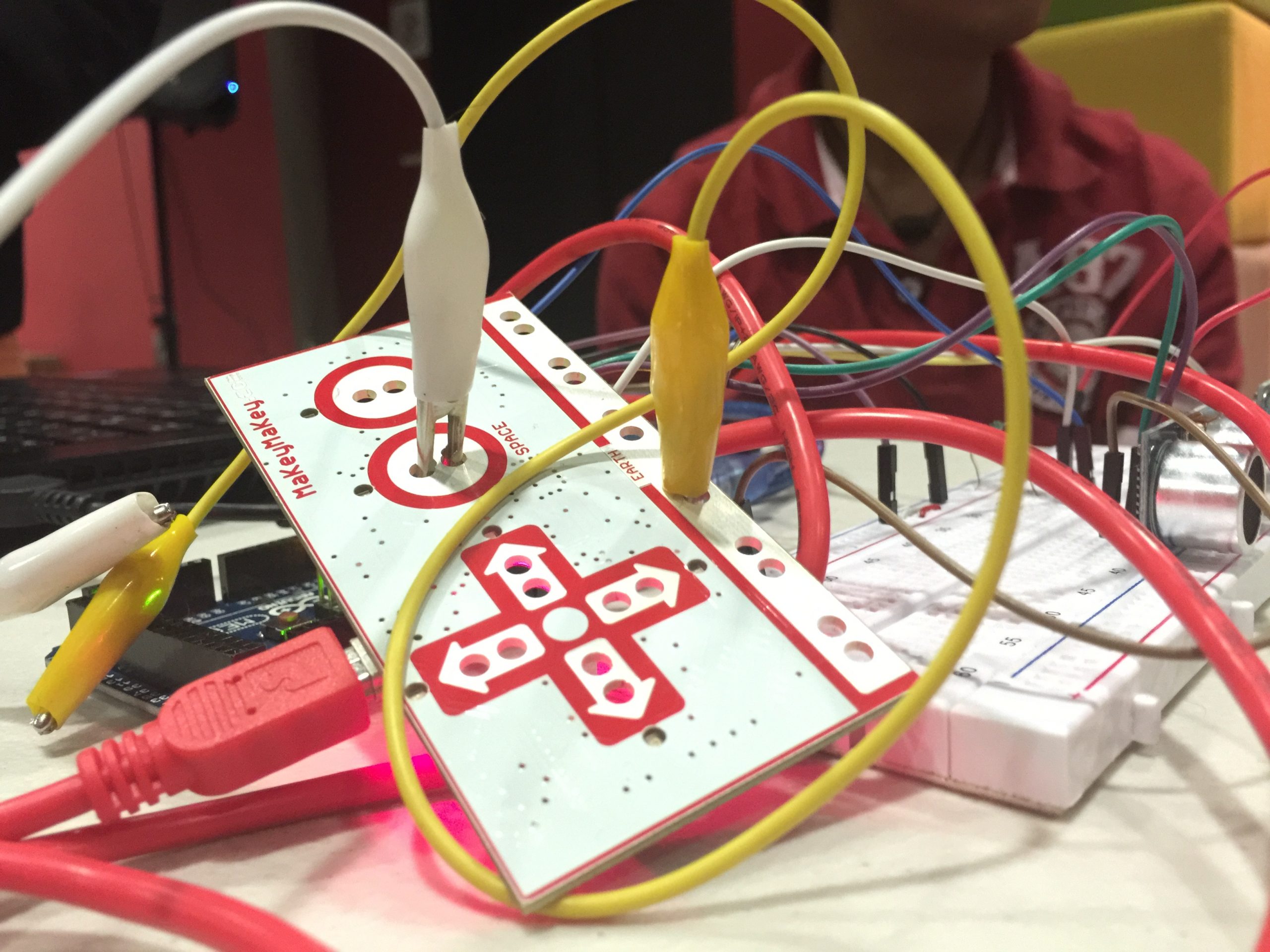 Join us at the Mid York Library System office to learn more about using Makey Makey in your library!

Learn about a great new tool called the Makey Makey! The Makey Makey is a plug-and-play controller that integrates seamlessly with your computer. With a Makey Makey, anything that conducts electricity can become part of the user experience. Play a banana piano, join in a game of human Tetris, and learn about the conductivity of common objects and foods! Integrate the Makey Makey with MIT’s Scratch and students can make a hands-on computer program. Online lesson plan resources and common pitfalls will also be discussed. Ample time to try out the Makey Makey and Scratch programming will be provided at the end.

Jennifer Ranger has been the Digital Services Librarian at Salina Library in Mattydale, New York for the past five years. Previously, she worked in public schools in Central New York and the Southern Tier for three years. She has a passion for working with kids and teens and loves to share new technology with anyone who will listen!

Monica Norton has been the Youth Services Librarian at the Salina Library in Mattydale since 2008.  Her main goals in working with children and teenagers have been to promote literacy and to provide access to programming about a multitude of subjects, from science and technology to music, arts, and crafts and more, in order to spark enthusiasm and interest in something new.

The Salina Library has been using Scratch and the Makey Makey as part of library programming for the past five years.